You are here: Home » Blog » Hollywood History: What We Know About the Beginnings of the Oscars

Leonardo DiCaprio won his first Academy Award for Best Actor during the 88th Oscars—a great feat, but not so much if you know that the first ever to get one of the golden statues was a dog.

In 1929, an 11-year-old German shepherd named Rin Tin Tin supposedly got the first real award—and not for nothing either. Back then, silent films are giving way to talkies, and the dog, who starred in 27 films, was one of the most popular and profitable stars in Hollywood.

However, MGM head Louis B. Mayer decided that giving the dog the first award with its gold-plated 13.5-inch statuette glory would give the wrong impression. This is why even though Rin Tin Tin got the most votes for best actor in the first round of voting, the Academy did a second round, especially noting that it is for human contenders only.

Is this a myth or a form of urban legend? Not really. Rin Tin Tin’s biographer and New Yorker staff writer Susan Orlean confirmed the story.

This is not the only controversy that the Academy faced. In fact, it has been plagued with controversy for most of its existence. For instance, Walt Disney still holds the record of having the most Oscars, with 26 awards to his name—not company—while Alfred Hitchcock was never recognized for his contribution in the film industry, except for an honorary statuette in his honor.

Still, no matter their politics and controversy, the Oscar is still coveted by most, if not all people, in the film industry, and it has since 1929. Little has changed about the Academy Award statuette since its first appearance in the ceremony presided over by “King of Hollywood” Douglas Fairbanks at the Spanish Colonial-style Hollywood Roosevelt Hotel.

The icon was designed on paper by Cedric Gibbons, the chief art director at MGM at the time, and then transformed into a sculpture by LA artist George Stanley.

Irish-born Gibbons was one of Hollywood’s most influential stylists and was possibly the only Hollywood designer back then who traveled to Paris in 1925 specifically to visit the Expositions des Arts Decoratifs et Industriels Modernes, the center of Art Deco.

He was the one to create the “Big White Set” that is characteristic of many Hollywood Art Deco-style productions, ideal for musicals and song-and-dance spectaculars. His passion for Art Deco now lives on with the glittering appearances of the Oscar statuettes at the Academy Awards.

No model was used during the initial design process, but a woman named Dolores del Rio claimed that George Stanley had her friend Emilio Fernandez pose naked for the artist.

Fernandez was then a Hollywood film extra in his mid-20s, but while this added spice to the story, the style of the statuette was so abstracted that it can fit any young man as its model.

Still, Fernandez went on to become one of the big names in film. Besides being an actor, he was also named as one of the most prolific film directors during the Golden Age of Mexican Cinema just a little over a decade later.

Neither the designer, artist, nor rumored model was named Oscar, so where did the little golden statuette get the name?

Officially, the statuette is called the Academy Award of Merit, but everyone in Hollywood called it Oscar since as early as 1934. Oscar stuck, and eventually, even the Academy itself adopted the name in 1939.

There have been a few theories about the name’s origin, though. One of which is that Margaret Herrick, who, upon seeing the statue for the first time, said that it looked like her uncle Oscar.

Another rumor said that actress Bette Davis named it after her first husband, Harmon Oscar Nelson. However the statuette actually got its name remains a mystery today. 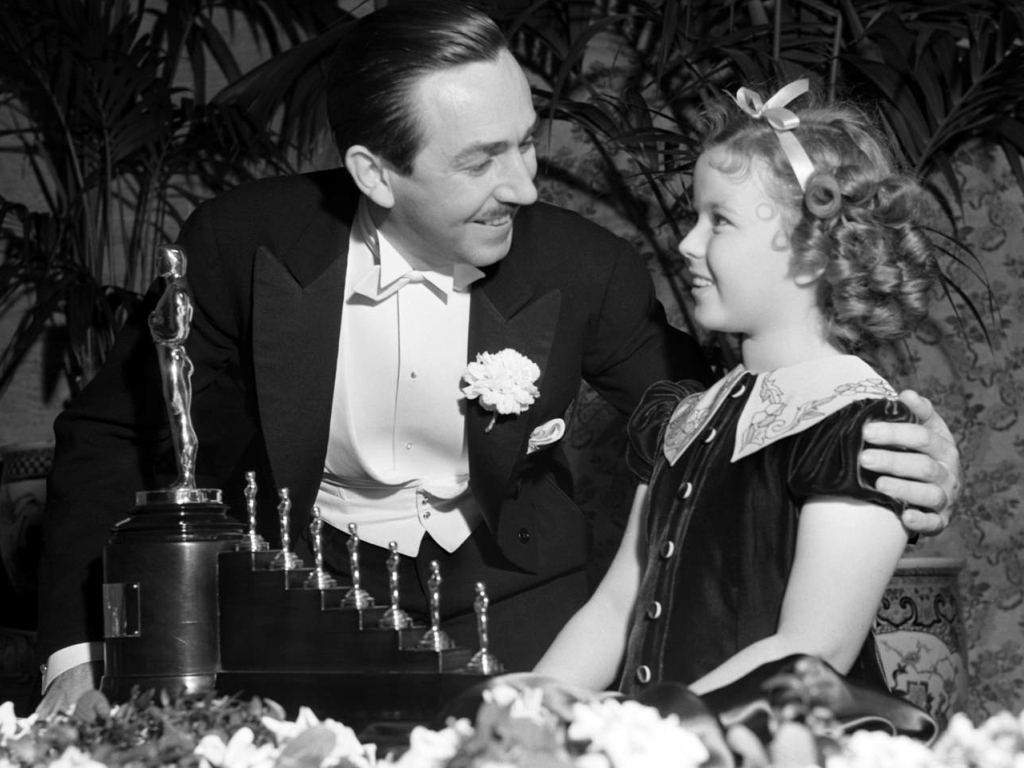 The original Oscar was made of gold-plated solid bronze, cast, molded, and polished by the CW Shumway & Sons Foundry in Illinois. In the mid-1930s, the bronze gave way for tin, antimony, and copper (known as Britannia metal) plated in copper, nickel-silver, and top-coated with a 24-karat gold. Since then, it gleamed in its pure gold top-coat, beautiful in front of cameras as well as the mantel-shelves of its awardees. From 1982, the statuettes have been in the hands of RS Owens & Company in Chicago.

There had been several changes to the Oscar statuette over the years. The most distinctive one presented to Walt Disney with his second Honorary Award. His Oscar took the form of a wooden podium, where the traditional statuette stood on a flight of wooden stairs with the parading seven dwarves.

Between 1942 and 1945, all metals are in short supply, so like religious statues, these statuettes were made of painted plaster. Recipients, however, were able to trade them with their traditional counterparts once the war was over.

Mostly unchanging, however, the Oscars gleamed to attention throughout the decades and still remains to be the Holy Grail of Hollywood.