You are here: Home » Blog » Philosophical Films with Fantastic Photography

There are films that make you laugh, make you cry, or make you think. And philosophically profound films are especially beautiful to watch if they have stunning visuals to go with the stories.

Here are some of the best philosophical films that you should watch if you want your brain to do a bit of flexing and exercise:

Fritz Lang’s most impressive film featured incredible special effects for its day. Set in the year 1926, the film is about oppression of the working class by wealthy industrialists, particularly by a businessman named Joh Frederson. Unfortunately for Frederson, his son Freder falls in love with a woman from the working class.

The experience changes Freder, who then, despite his upper-class upbringing, started fighting for the right of the underprivileged. The film also explores technology and its relationship with mankind. Lang examines how technology and racing to maximize production and efficiency can cause people to lose sight of what matters: life and being.

What makes the film even more impressive is that despite the fact that it was made in 1927, yet it made use of incredible special effects, allowing viewers to believe that indeed, Lang lived in a futuristic society that is capable of a massive industrial revolution—he created stunning shots of cathedrals and buildings that didn’t actually exist and managed to create a grandiose feeling in the film. Ingmar Bergman is known for his deep, powerful, and beautiful films, and he knew how to construct a scene to create splendor in front of the camera. Winter Light is among his most beautiful works, tackling a heavy issue such as the silence of God.

The story centers around Tomas Ericsson, a pastor dealing with his mistress as well as troubled parishioners.

The film witnessed parishioner Jonas Persson (Max Von Sydow) commit suicide and showed the havoc it wreaked among his loved ones. Concerned about God’s omnipotence asking that if God is all good and all knowing, then why does He allow individuals to commit suicide?

The film is Andrei Tarkovsky’s return to the science fiction genre, but unlike Solaris, it takes place on earth and focuses on an impenetrable and mysterious zone in Soviet Russia. The story centers around a stalker who makes it into the zone as an escort for a couple of desperate men. Inside the zone is a room that is rumored to grant the deepest desire of the heart of anyone who enters.

It is important to emphasize “deepest desire” because sometimes it may not be the wish one thinks he or she wants, the central meaning of the film questions reality and how we can determine what is real, versus what we think is real.

Tarkovsky’s ability to capture the magnificent landscape of Soviet Russia is particularly striking, especially when the Stalker tries to determine the areas safe for travel by throwing lug nuts. The director was able to show sweeping shots of the landscape, with the plants in full bloom and vibrant. 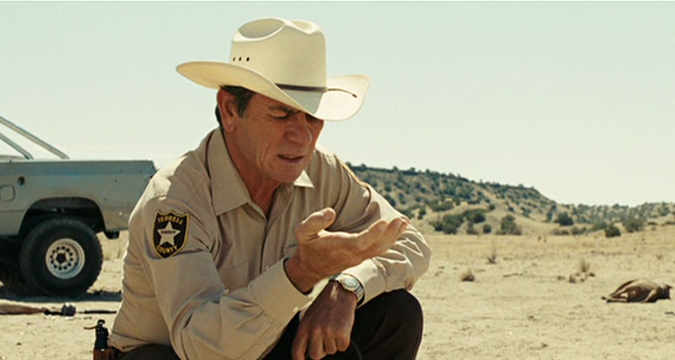 The Coen Brothers didn’t write the film in its entirety, unlike most of their other projects; however, it is still an excellent one to watch.

The film centers around Anton, a murderous fiend who slays everyone he meets across the Western landscape in search for missing drug money. Meanwhile, the Sheriff, who witnessed these atrocities, was left shocked and speechless, faced with nihilism and destruction.

The Coen Brothers managed to grasp and depict the west as writer Cormac McCarthy originally wrote it and provided it with empty shots that convey loneliness in a wide, open country with literally nobody to turn to for help.

The poignant film also goes around themes like tension between destiny and self-determination, with the main characters being torn between their sense of inevitability that will lead them to the way the world wants them to. There is also the fact that the story managed to shift identities between the hunter and the hunted, when the hunter and the investigator find themselves as the targets. The story was able to contrast old narratives and modern crimes, suggesting that heroes can at best, hope to escape from, but not triumph over evil.